Specify your bike year and model in the checkout notes.

Great product! A real work of art! Fits perfect on my Fat Bob. Thanks ! 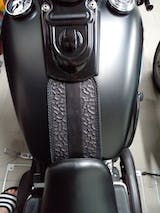 Chris is Fabulous to work with! He did an AMAZING job on my custom tank bib! 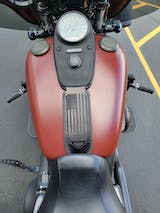 I recently bought an 08 Superglide in the anniversary copper color and decided that brown seats and bags were the way to go. My one hangup was the black tank bib, which clashed horribly with my new mustang brown diamond stitched seat. After a bit of googling, I found Three Mutts and reached out to Chris asking if he could do an inverted curve dyna bib in mustang matching (not available as a standard option on the site). He was very accommodating and seemed genuinely enthusiastic about doing the work, as he said this would be the first of its kind. I finally hooked it up today and it fit perfectly and looks awesome. He even gave me some free pointers in case I decide to yank the anniversary coin off the old bib and transfer it to the new one. Excellent craftsmanship and customer service. I hope to do business with him again in the future. 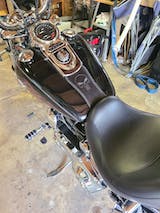 Really excellent work and customer service. Chris was and is a pleasure to deal with. He made sure I received exactly what I was looking for. 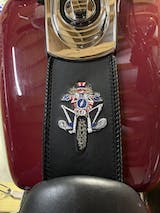 The shirt complements the awesome rear fender bib for my 2019 Harley CVO! Excellent work as always. Chris is a master at creating, painting and making his products. Nothing but first class all the way. I will use him again in the future and encourage everyone to give him a try. 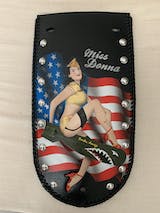 Chris was great to work with very satistfied with the product 10/ 10 would recommend. 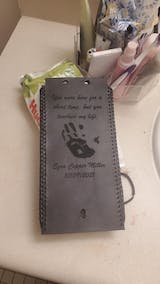 This fender bib is a welcome addition to my bike! It looks great and fits perfectly. 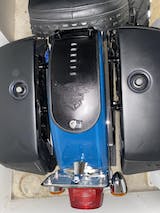 After submitting order I realized that I did not specify make/model of bike or the lettering I wanted so called left voicemail and also emailed the company. Within the hour I received callback and finalized the order. The site stated 6-8 weeks but I received it a lot sooner! Fit and looks great. Found company on internet looking for quality piece and damned if I didn’t find it!! 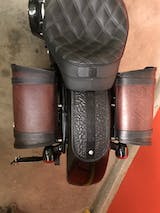